Obtaining Si Nps with a size smaller than 5 nm is still challenging because they are very prone to oxidation that can be avoided only with a complete capping of the surface. We are one of the partners of the project of Helmholtz Virtual Institute 'NanoTracking' (http://www.hzdr.de/db/Cms?pNid=2452), a project between several groups whose major aim is to develop nanomaterials for cancer imaging. In our group, we are mainly focused on the preparation (by wet chemistry) and characterization of amine and alkene capped silicon nanoparticles with different sizes and, in particular, with a size between 1.5-3 nm. The methods that we used are both reduction and oxidation methods. 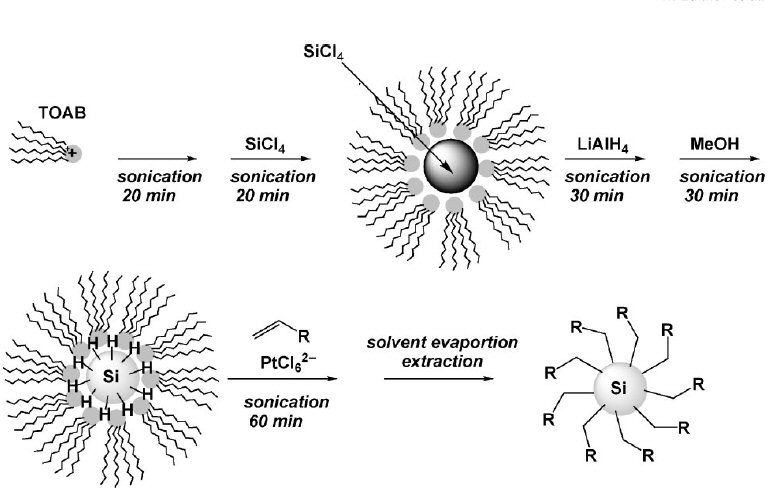 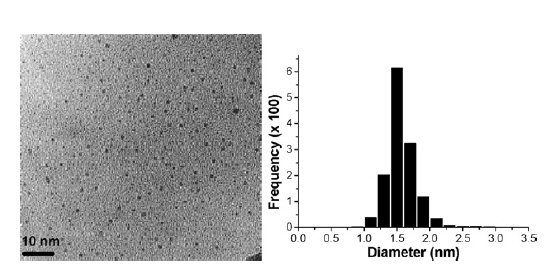 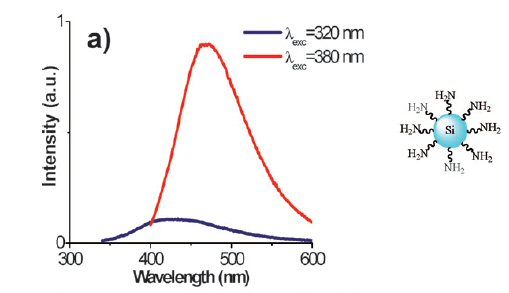 Angélique Faramus was born in 1985 in Loudéac (Brittany, France). She has obtained a one year postdoctoral fellowship in Professor Luisa De Cola’s group at the Karlsruhe Institute of Technology from March 2015.

She underwent B.Sc. studies in the University of Rennes 1 (France) and she obtained a M.Sc. degree as part of the Erasmus Mundus program from both the University of Rennes 1 (France) and the Ludwig Maximilians Universität in Munich (Germany) in 2009. Her M.Sc. thesis research was conducted in the laboratory of Inorganic Chemistry at Kyoto University (Japan) under the supervision of Professor Yuichi Shimakawa. In 2010, she enrolled in a PhD degree under the supervision of Professor Richard Tilley at Victoria University of Wellington and the MacDiarmid Institute for Advanced Materials and Nanotechnology (New Zealand). Her research concerned the synthesis and characterization of semiconductor nanocrystals towards their use in solar cells. After graduating in 2014, Angelique worked for 10 months as a postdoctoral research assistant in the Faculty of Engineering at Victoria University of Wellington (New Zealand) with Dr. Gideon Gouws. In March 2015, she joined the group of Professor De Cola at the Institute of Nanotechnology at KIT as a postdoctoral fellow.

last change: 2015-05-26 KIT – The Research University in the Helmholtz Association