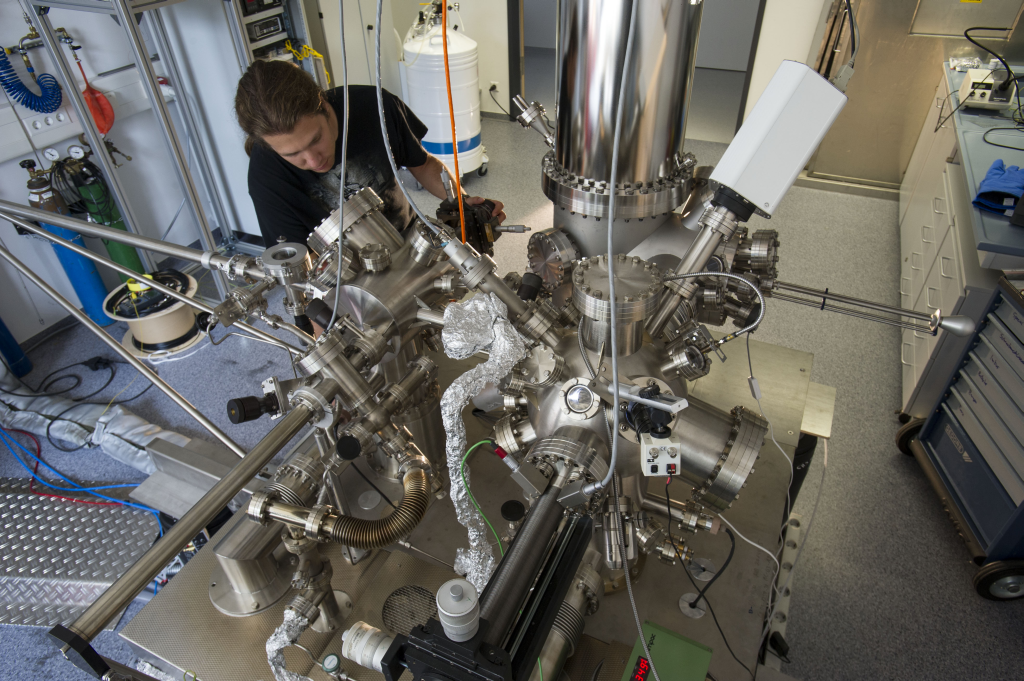 Using the tip of an STM, the acetyl group that sticks out of a molecular film can be removed in a controlled way. The chemically modified molecule can readily be distinguished from the original ones so that writing and reading information on the nanoscale becomes possible.

We realized single molecule switches based on electrostatic forces: We studied a spirobifluorene variant with a well-defined spatial arrangement of the nitrile head group. This allows to exert forces on the molecule by application of electric fields.

We observe a spin-dependent Seebeck coefficient of about -100 μV/K due to a coupling of spin and heat currents in nanoscale superconductor-ferromagnet structures.

We observe spin injection and long-range spin transport in nanoscale aluminum structures on top of the ferromagnetic insulator europium sulfide. Our results demonstrate that spin transport in superconductors can be manipulated by spin-active scattering.

We studied the dynamics and energetics of the martensitic phase transition in the electric field on the nanometer scale.

We investigated the conductance behavior of a new three-dimensional molecule by scanning tunneling microscopy and density functional theory.

We measured the giant magnetoresistance of single Hydrogen-Phtalocyanine molecules of about 60%. This value is extremely large in view of the fact that they do not contain any magnetic atoms.