Our goal is to investigate the ionic transport of High entropy oxides, focusing initially on Oxygen ion transport along the anion sublattice of rare earth based HEOs.

High Entropy Oxides (HEO), having 5 or more cations in near equiatomic compositions, have been identified as a novel class of materials that can crystallize in simple structures (e.g. rocksalt, fluorite, perovskite and spinel). it has been shown that a  large proportion of aliovalent doping (like Li+ and Na+)  can be incorporated into a single phase HEO exhibiting Li-ion and Na-ion conductivities on the order of 10-3 S/cm and 10-6 S/cm, respectively. These values are rather high compared to the many conventional solid state electrolytes like LiPON (see Figure ref berardan). Considering the anion site of HEOs, it is possible that rare earth based HEOs (with aliovalent elements) can be of interest for oxygen ion conduction similar to the well know Gd-doped CeO2 and Y-doped ZrO2, which are used for solid oxide fuel cells and sensors. Aliovalent doping of Ceria leads to the formation of oxygen vacancies, which play a significant role on the Oxygen transport. Figure 1 shows the strong vibration band from the Raman spectra of rare earth based HEO (related to oxygen defects), which can be tailored by altering the composition in the parent HEO system. Therefore, systematical studies on the oxygen ion conductivity of HEOs may lead to understand the relationship between high entropy effects and transport properties, and possible enhancement of the oxygen conductivity. 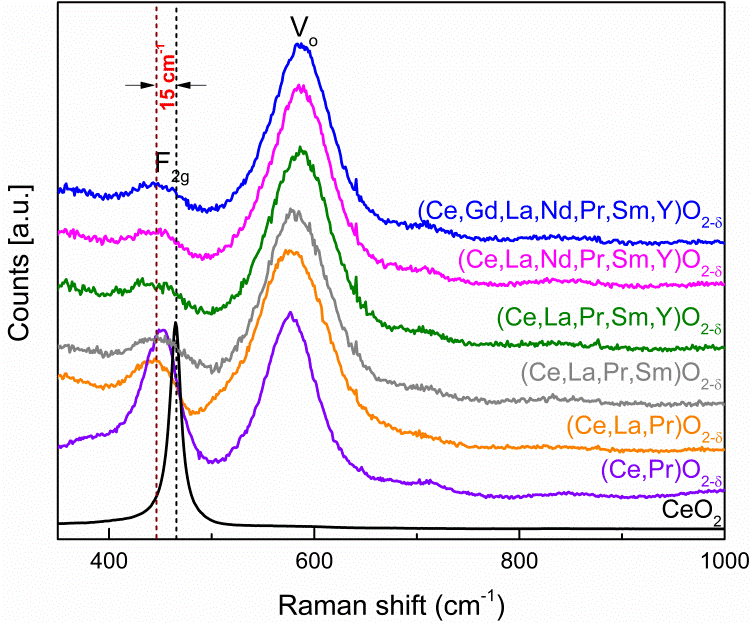 One important aspect to study oxygen ion transport is the need of dense specimens. Therefore, we have initiated studies on the densification of produced powders via sintering or by using physical vapor deposition techniques. The latest has been implemented successfully to produce dense films of rare earth based HEO. The high-resolution TEM image (Figure 2) together with the electron diffraction pattern confirm the fluorite crystal structure of the film. 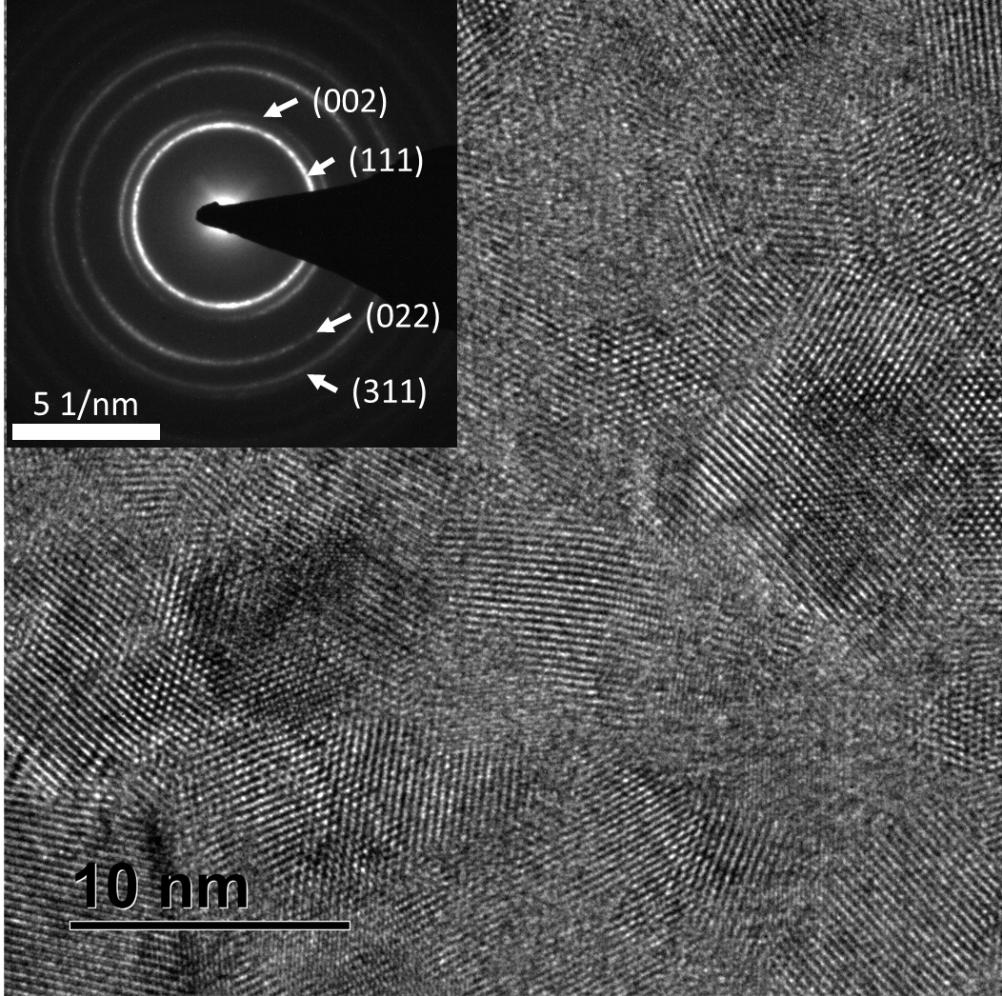