In close collaboration with the groups of Prof. Geoffrey Ozin, Prof. Uli Lemmer, and Prof. Annie Powell we have been characterizing (size selected) silicon QDs as an approach for green nanochemistry to explore their potential applications, e.g. as active components in organic LEDs (SiLEDs) or as non-toxic labels.

Silicon QDs, prepared by disproportionation of a sub-oxide, followed by HF etching and covalent capping with an organic ligand, have been size separated by ultracentrifugation or fractionated crystallization resulting in highly mono-disperse ncSi fraction. The core-shell structure of the particles can be directly visualized by EFTEM imaging.

The sized measured by HAADF-STEM are in good agreement with the optical spectra of the size selected particles. 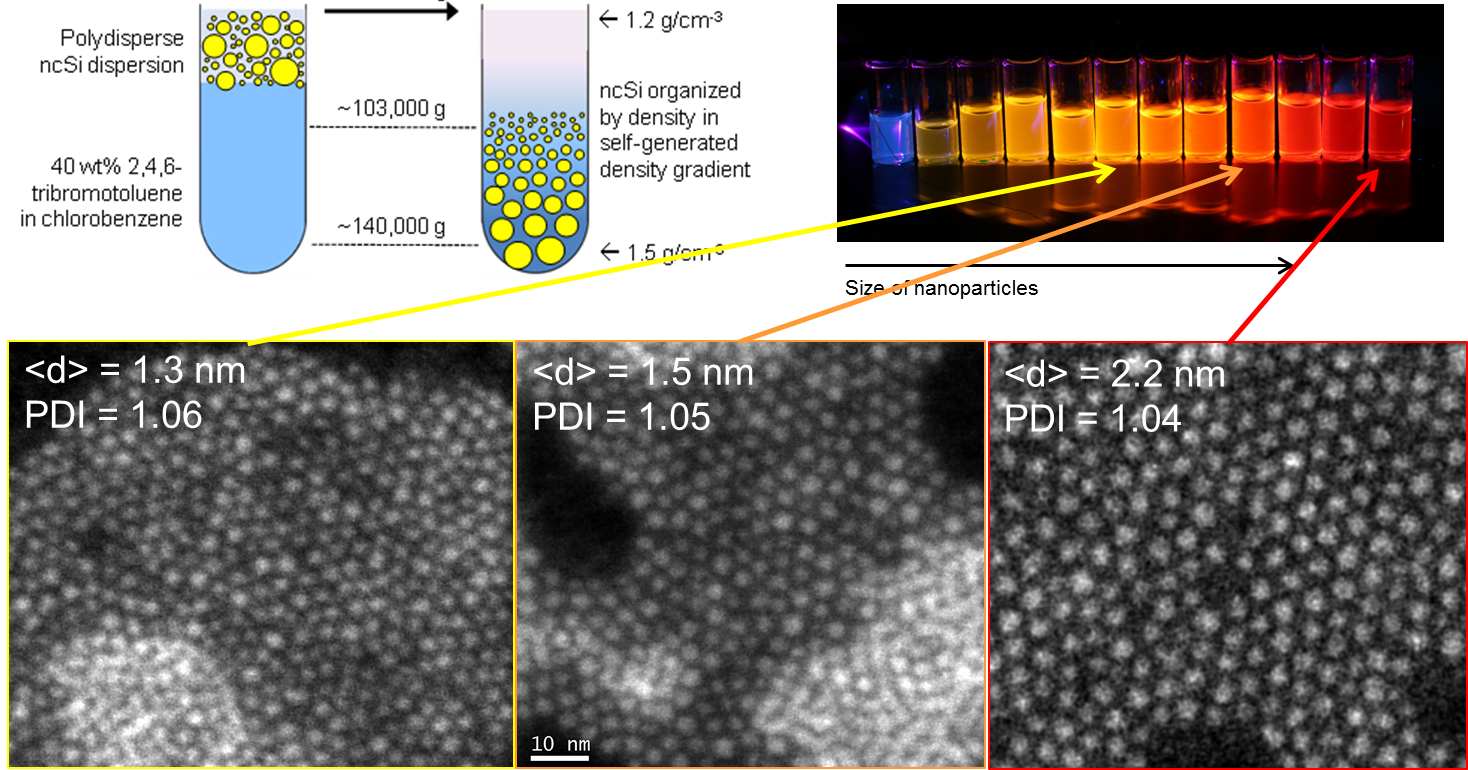 The structure and composition of SiLEDs had been characterized by a combination of HAADF-STEM, EDX and EFTEM. Despite the beam sensitivity of the organic materials, it was possible to directly image all different layers and to look at their composition, clearly revealing the layer structure in these devices.

Fig. 1.2: HAADF-STEM overview image with STEM-EDX and EFTEM maps of the elemental distribution of the different organic and Si QD layers.

During operation at high operation voltage, the overall structure stays intact, but there is high diffusion of the silicon nanoparticles into the TPBi layer, in agreement with the fact that the highest potential drop occurs across this interface. 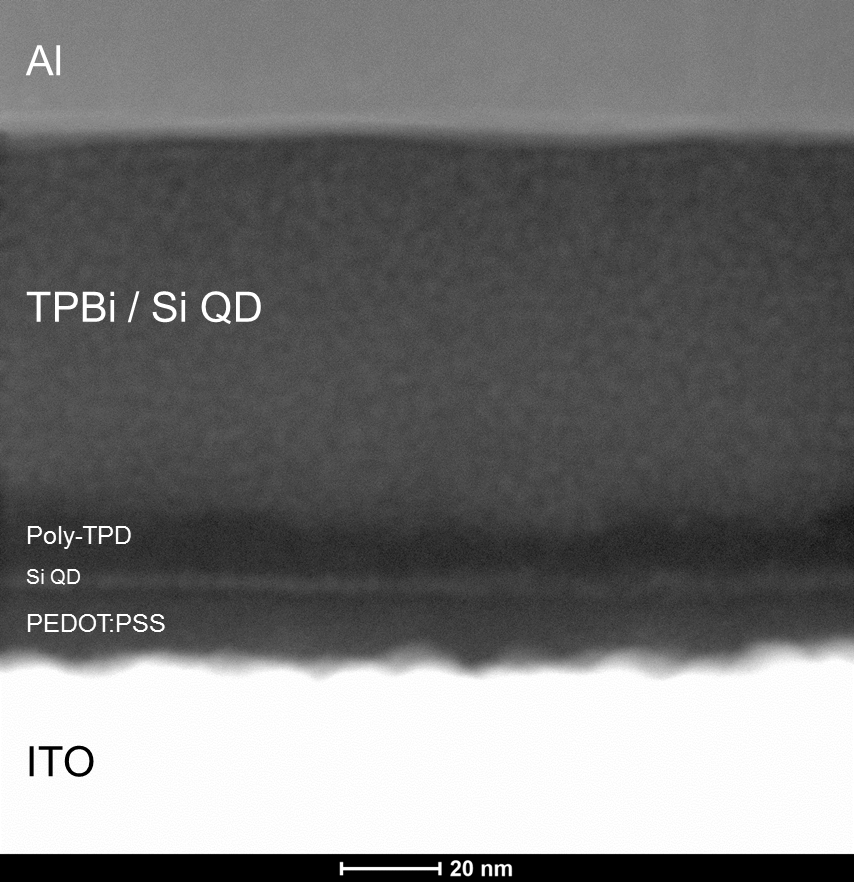 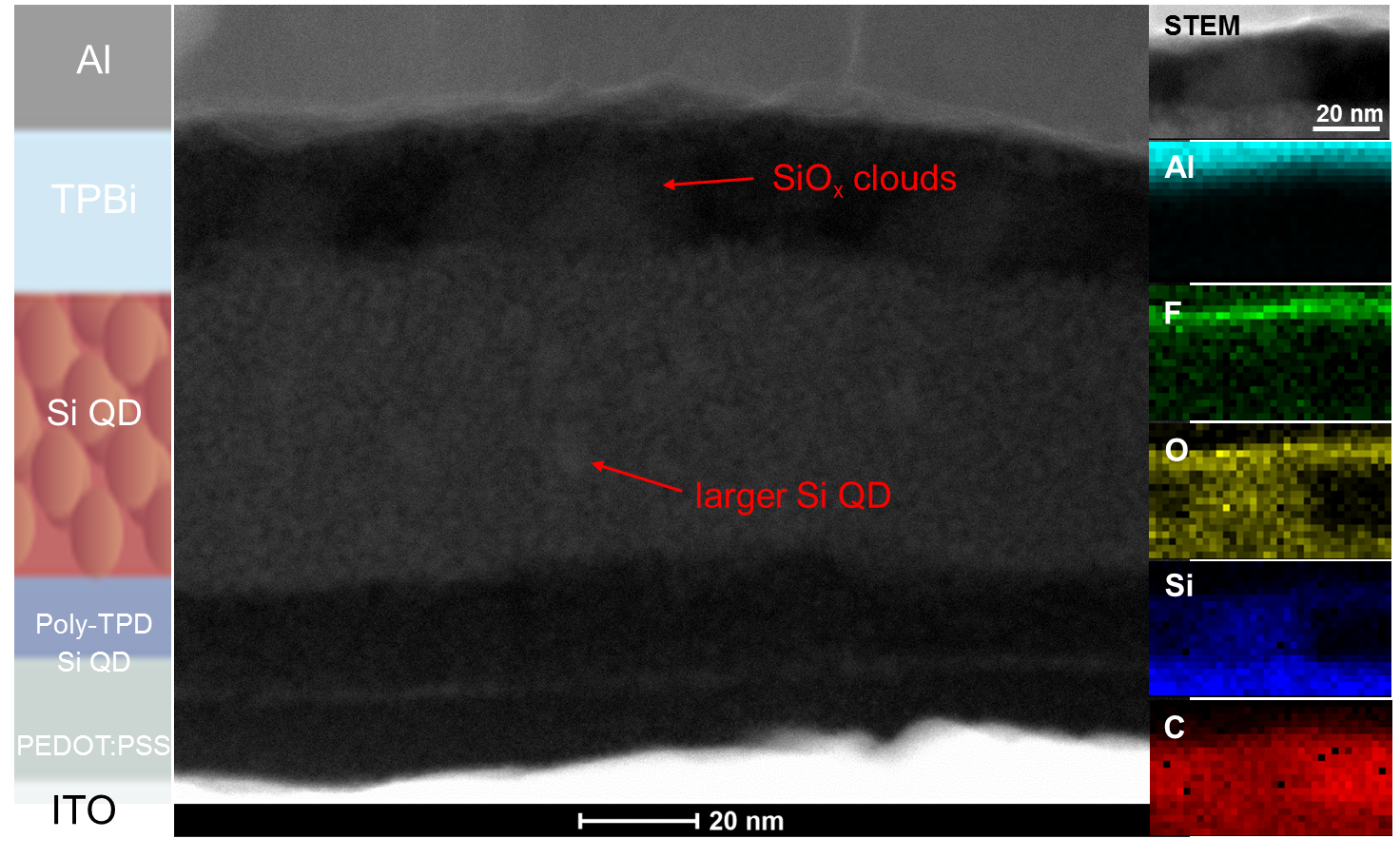 When comparing the structure and performance of size selected and not-size selected SiLEDs, that typically exhibit a ~10x reduced life time, it became clear that ultra-small Si QDs present without size-selection are one of the limiting factors as they quickly diffuse into the TPBi layer and can cause short circuits.