In this study we investigate the differentstages of segregation and precipitation in a nanocrystalline Mn10Fe26Co27Ni26Cu10 complex concentrated alloy. To understand the precipitation behavior, in situ TEM heating is used in combination with automated crystal orientation (ACOM) and energy filtered TEM spectrum imaging (EFTEM-SI) along with atom probe tomography (APT) (Figure 1). The current results indicate that the precipitation behavior is a consequence of complex segregation sequence to the grain boundaries.

Segregation and depletion of specific elements to/from grain boundaries plays a major role in the precipitation of a secondary B2 phase at various triple junctions. Increasing the temperature causes an increasing phase fraction and further growth of the precipitates, before they dissolve at even higher temperatures. The elemental segregation to the grain boundaries along with the B2 precipitates leads to the stabilization and prevents growth of grains in the fcc phase. 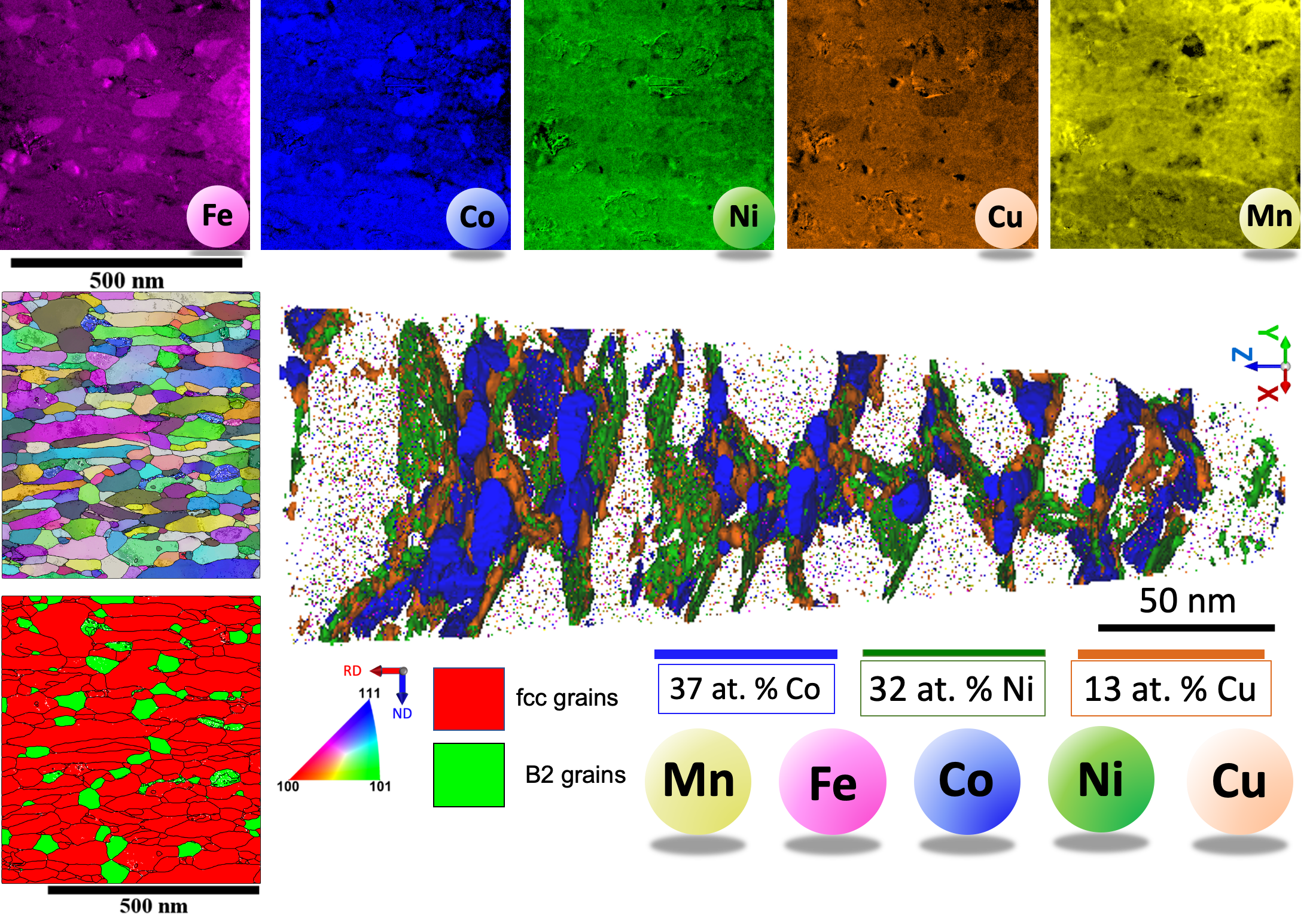